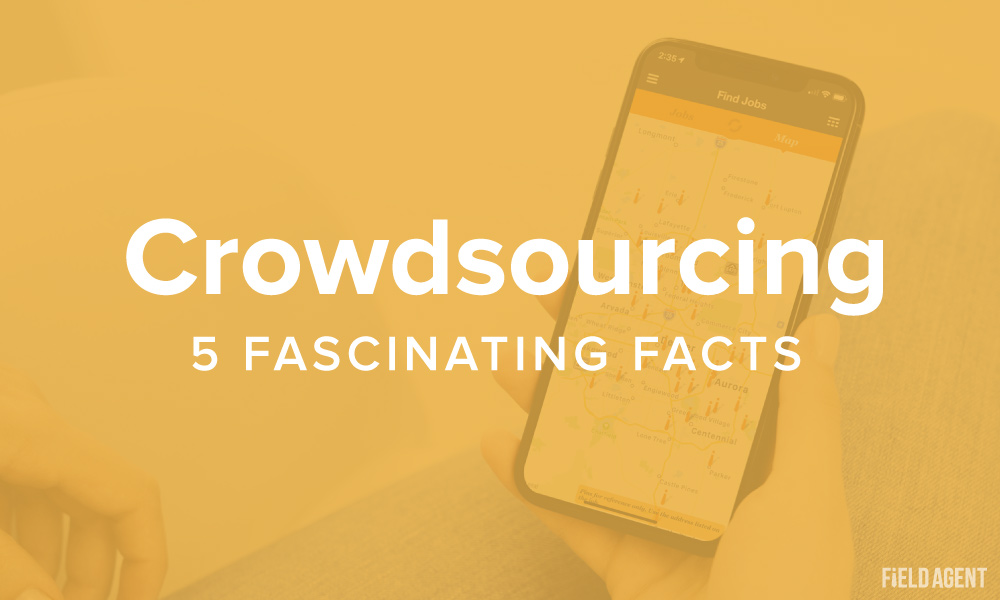 How Crowdsourcing Works in 5 Fascinating Facts

From Uber to Kickstarter, the Internet is all abuzz with talk of crowdsourcing. But what is crowdsourcing exactly?

The term crowdsourcing splices together two words: crowd and outsourcing. In this way, crowdsourcing is the outsourcing of a work project or creative problem to a large group of people or "crowd."

With crowdsourcing, large work projects are broken into smaller chunks, or microtasks, and then divvied out to tens, hundreds, or even thousands of people for fast, efficient completion. In this sense, crowdsourcing is based on the principle that many hands make light work.

To illustrate, below we offer 5 fascinating facts that illustrate some of the benefits of crowdsourcing...

On Who Wants to Be a Millionaire?, the audience’s accuracy rate outperformed the experts, 91% to 61%.

Principle: The Crowd often gets it right, arriving at the truth more quickly and accurately than various other methods.

For nine straight years, Doritos commercials have ranked in the top 5 of USA Today’s Ad Meter rankings for best Super Bowl commercial, ever since the chip-maker began crowdsourcing commercials with its "Crash the Super Bowl" contest.

Principle: The Crowd does really good work. From designing hot-selling t-shirts to making scientific discoveries, the crowd deserves credit for its quality.

Since its launch in 2008, Starbucks has collected more than 216,000 ideas on its website mystarbucksidea.com, an online platform whereby customers share ideas on everything from beverages to ambiance, payment to social responsibility.

Principle: The Crowd produces fast results. How else can a company collect 216,000 actionable ideas in such a short span of time?

In June 2014, Apple CEO Tim Cook reported there were over 9 million registered app developers and 1.2 million iOS applications on his company’s App Store.

Principle: The Crowd is big…and it’s everywhere. Look no further than Apple or Uber to understand that if you want to build something robust, but in a relatively brief period of time, crowdsourcing is often the way.

Principle: The Crowd can tackle a wide variety of tasks. It’s been used by organizations to fix city infrastructure problems and even explore the universe.

And it's all through crowdsourcing.

Download the infographic below to see how Field Agent uses crowdsourcing to solve real business problems.