It’s the latest episode in As the World of Digital-Merchandising Turns.

In the span of just a few weeks, the Endcaps & Insights blog has shared video and shopper insights on three different retail developments, each at the busy intersection of merchandising and digital technology.

First there was Kroger’s new Microsoft-powered EDGE shelves. More recently we showed you two digital shelf-labels—one e-Ink, one LED—currently being tested by Walmart.

Now we turn our attention to the drugstore channel. As trumpeted in recent headlines, Walgreens is presently experimenting with digital coolers and freezers inside at least three of its stores.

The coolers, as the video below shows, are both sleek and savvy. The cooler’s bright, IOT-enabled screen presents products in their best light—orderly and attractively, with promotional messaging to boot. 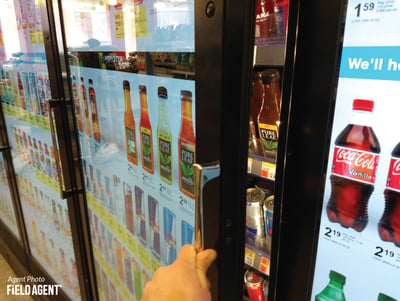 The coolers are also reportedly equipped with cameras and sensors that can determine shopper traits like age and gender, information that can then be used to target shoppers with ads for relevant products.

But one important “part” remains a mystery: the shopper part.

What do shoppers think of Walgreens’ new digital coolers?

Because reports suggested there could be as many as five digital-cooler locations in San Francisco, Field Agent audited the cooler/freezer section of 58 Walgreens stores with a San Francisco address. As of late February, we could locate only one S.F.-based Walgreens featuring digital coolers: 135 Powell Street. 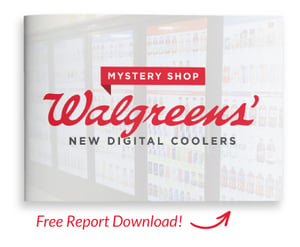 While inside their assigned Walgreens, agents captured video and photo of the avant garde coolers and freezers, while also taking time to share their thoughts about the innovative, new merchandising system.

The video below shows Walgreens’ digital coolers through the eyes of shoppers.

Yet questions remain: Do shoppers prefer these digital coolers to conventional, non-digital coolers? And how influential could these coolers be over actual purchase decisions? For the answer to these and many other questions...

Following their visit to Walgreens in New York, Chicago, or San Francisco, Field Agent asked all 21 shoppers a series of questions about their encounter with the drugstore’s new digital coolers. Questions included…

The answers to these questions and others are available in our free Walgreens digital-cooler mystery shop report. Download it now.