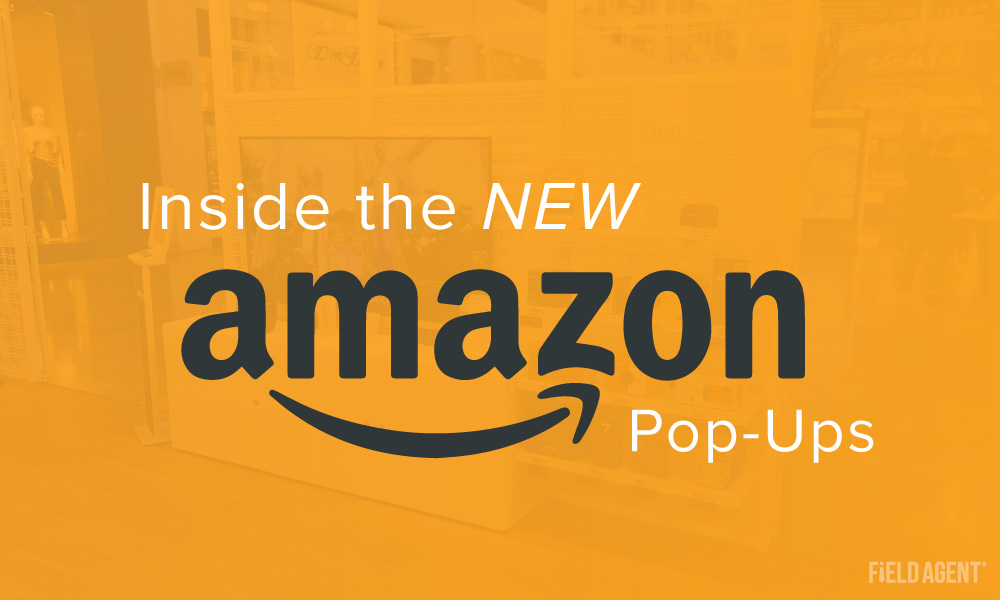 Bricks are in at Amazon.

And, most recently, Amazon Pop-Ups.

No, you’re not imagining it. Yes, Amazon did close all its pop-up shops last year—a grand total of 87.

But, now, with the opening of five new pop-ups in or near shopping malls, it seems the retailer is poised for another go. And, this time, Amazon is taking a slightly different approach, with an emphasis on themes and themed merchandise.

According to the retailer’s website, “Customers can come delight in our rotating pop-up shopping experience, featuring new themes and brands updating regularly..."

But will all this rotatin’ and updatin' translate to a successful sophomore campaign for Amazon and its pop-up shops? For an early indication, let’s look at some photos and insights from the all-important shopper-level.

On Monday and Tuesday, Field Agent dispatched agents to all five next-wave Amazon Pop-Ups, located in shopping malls as far east as Skokie, IL and as far west as Glendale, CA. A sixth pop-up is set to open later this year in Seattle.

While at the pop-up, agents explored their surroundings, snapped photos, and answered questions about the Amazon Pop-Up shopping experience.

See the photo gallery below, then scroll down to read what real shoppers think about the second generation of Amazon Pop-Ups.

The Q&A below is based on a shopper survey of 10 agents immediately after they visited a new Amazon Pop-Up.

1. What did shoppers think about Amazon’s new pop-ups?

Ratings and comments were largely positive. Agents gave Amazon’s new pop-ups 4.3 out of 5 stars. But let’s break that down.

We asked agents to rate various dimensions of their assigned pop-up on a scale from 1-5, with 5 “excellent” and 1 “poor.” Here’s how the scores came back, with the most favorable ratings first:

Shoppers were particularly high on the experiential elements of the pop-up, reflected in some of their comments:

"This pop-up is eye-catching and draws you in when you pass it! I loved all the video displays and bright colors!"

More than one agent used the words "innovative," "bright," and "trendy/modern" to describe Amazon's new pop-ups.

Ultimately, five of 10 agents said they're completely or very likely to shop at the Amazon Pop-Up again in the future. 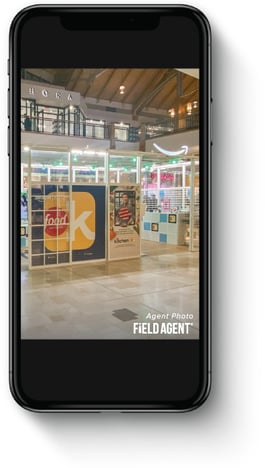 From agent reports, we can confirm that each pop-up had a distinct theme, which Amazon employees said will be rotated on a monthly basis.

At the time of the audit, Amazon Pop-Ups featured the following themes:

Pop-ups, according to agents, are staffed with one or two employees, serving, in most cases, 1-5 shoppers. Agents were complimentary about Amazon employees and the service they provided: "One of the employees greeted me at the door and started to explain what the pop-up was about. He was very clear and welcoming, and he consistently had a smile on his face."

Most agents said the pop-ups do not accept cash, accepting only credit cards and Amazon Pay.

3. What niche do Amazon Pop-Ups fill for shoppers?


Here’s the thing: Shoppers, particularly in big cities, may have multiple options for buying Amazon merchandise at Amazon prices.

Amazon.com. Amazon Books. Amazon 4-Star. Heck, they may even have two-hour delivery.

So why Amazon Pop-Ups? What niche do they fill?

Agents had varying opinions about who exactly would shop at Amazon Pop-Ups—and why.

a. Gifts. The pop-ups might, a couple of agents said, be an ideal place for collecting gift ideas for others. As one said, “I think the Amazon Pop-Up fits in the niche of ‘Gifts for Loved Ones for under 50 bucks.’”

b. Boutique. Others said Amazon Pop-Ups provide a unique way to interact with products. “This is a more curated, filtered way to display products for a shopper who likes a ‘boutique’ experience," another agent said.

c. Themes. Of course, the thematic nature of Amazon’s new pop-ups could also help carve a niche. As one agent explained, “If you're a big fan of the Food Network, this is a go-to place for the experience.”

Speaking of “watching,” subscribe (below) to Endcaps & Insights…and watch what retailers like Amazon, Walmart, Target, and Kroger are up to.

Endcaps & Insights is where retail headlines come to life through insights, photos, and video. Subscribe below to stay up-to-date on the latest happenings across the retail industry.